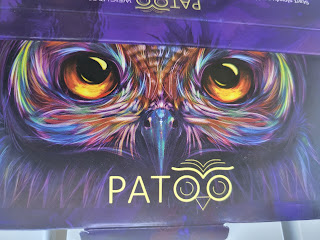 Recently Jackie and I were in Jamaica where Mushrooms are legal.  At the dispensary where we were staying they had micro doses of Mushrooms, and we purchased some.

Jackie tried it first, a small piece of chocolate.  When nothing happened she took the second half of the micro dose.  Honestly it didn't do much for her till she smoked some pot with it.  Then she felt a sharpness of things going around. Sex was exhilarating and  things just seemed to be very clear and sharp for her.  Her orgasms where intense and it wasn't a bad experience.  Nothing spectacular, but definitely a bit of benefit to it. 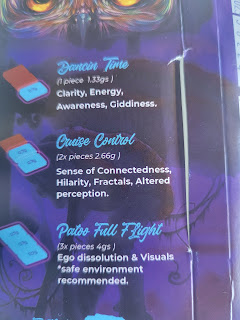 A couple of days later we had a 3 piece bar.  The back of it said take one piece or "Dancin Time" for clarity, energy awareness and giddiness. Take 2 pieced or "Cruise Control" for a sense of connectedness, hilarity, fractals, and altered perception.  Take the full bar, all three pieces or "Patoo Full Flight" for ego dissolution and visuals *safe environment recommended*

So we're sitting and Jackie is smoking before we got the day going and went back into the room for something.  In that time I decided I was going to try the same one piece Jackie had tried twice now with minimal effects.

Now mushrooms take about an hour to hit and works best if you're on an empty stomach.  I hadn't eaten since the night before so it was the perfect time.

We went down to the pool and I wasn't really feeling anything.  I was enjoying the company and we were making out when things started to hit.   I noticed that when my eyes were closed I could make out all kinds of sounds.  When I looked things were clear and crisp.

The longer I waited the more I wanted to keep my eyes closed.  I felt at peace and clear.  Jackie would talk to me and I would nod.  Eventually she told me she thought we should go to the other pool, I agreed, but never moved.  She again suggested we go somewhere else and I again agreed, but again never moved. Finally she realized I was never going to move.  She said, 'let's go" and led me out of the pool.

I remember watching the palm fronds were shimmering in the wind and I could watch each frond shake and light streaks following each frond as it shimmered.  Along the way I was just following Jackie as she held my hand.  All of a sudden I noticed she wasn't holding my hand, but I was following the sound of her squeaky shoes that sounded like the tree frogs we heard each night there.  "Follow the tree frogs" was my thought.

I remember when we got to the room, I could focus on the music, but nothing else. I was traveling through colors and sounds.  Jackie said I made a primitive growl.  I remember not being able to talk and was trying to communicate with her, and to some extent it worked.  I couldn't feel my body except where Jackie was touching me.  My hand was just there when she'd touch me, not connected to any arms, just my hand checking in.  There were places she could touch that would make me shake like a dogs leg when you scratch there belly.

I know I was out for about six hours.  There was some funny moments we still laugh about, like her having to help me go pee.  But all in all it was a fantastic experience for me, both sexually and mentally.

While I only took one piece, my tolerance being as low as it is obviously was the same as three full pieces. So I was glad I was in a safe place, and I would never take mushrooms without Jackie being there to take care of me, but I can't wait till I can try them again.

On another note, on her third attempt, Jackie ate 2 full pieces (twice what I had taken) but no real results except when she added pot with it.  She then got to a good level one, but never got to experience what I did.