Sexuary 2022 - In the Aftermath Needing a Reset 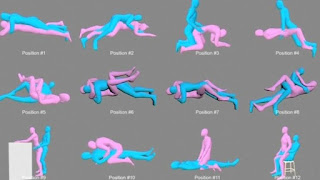 Even when you conscientiously put sex into your life, there are lulls, rough spots, and routines that just seem to drift into play.  Jackie and I are no more immune from those than anyone else.  During those times we'll take a day or a weekend to reset things.  We'll have a mini Sexuary of sorts.

Two hours later we were back at it.  Scratching, and some of her favorite impact devices followed by my spending a good time in her ass and both of us having huge orgasms.  "You've got 2 hours from now to be ready" I reminded her.

Two hours later I had the ropes ready and I tied her up and let her spend a bit of time in her subspace before attacking her mouth first and before going down and finishing up inside her. "Two more hours" I again reminded her.

I gave her an option this time.  She decided she wanted some needle play.  Again, after her design was done I gave her an orgasm or two and then let her drift into subspace for a bit.  Afterwards we masturbated and both were finished for the day.

By then, it was well after 8 and we were done for the day.  But in the mean time my blood pressure dropped several points as I became more and more content with life.  Our closeness again closed in and "WE" were in a good place.

Yes it took some effort on both of our parts.  Yes we were both pretty worn out after 4 or 5 hours of sex throughout the day.  Yes it was worth every bit of it!!!

Sometimes you really have to just mix it up to reset everything and that's exactly what we did.  You can do something similar.  Maybe it's 2x today ...maybe you do it like we did every 2 hours after we finished... come up with your own, but do something to get out of that rut.  It's only July and a long way till Sexuary comes back around, but every day can be sexuary when both of you are willing to work together to make it that way.

Posted by Jackie and Dane at 2:01 PM No comments: