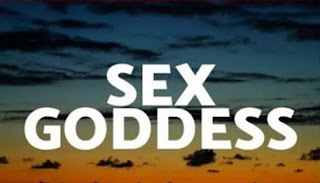 Yes YOU!!!! And not in my eyes only.  Not only for me but for so many others that look to you for support, guidance and desire…they all wish they were the Sex Goddess you are!!! – 143

One of Jackies favor days is sensations day.  The day that I change what she feels, how she feels and how long she feels it while she tied up and blindfolded.

So I blindfolded Jackie and walked her back to the bedroom.  I laid her down and put our handcuffs on her.  No, they aren't tight, but they keep her from reaching past her shoulders.  I spread her legs just a bit and started out

A feather started out and I tickled her.  From her feet to her neck.  It set the mood and Jackie was ready for the next phase.

A crop found several key areas next.  This popped here and there making her jump just a bit.

A wartenberg wheel raced over Jackie's thighs, breast and belly.  The 7 wheels dug into the skin both gently and occasionally with some force.  Certain places actually made her pull on the ropes and struggle just a bit.

A wax candle actually split and drizzled a lot more wax than I intended, but I had it up high, so it cooled plenty before it landed on Jackie's skin.

A few drops of ice trailed up and down her body next. The intensity of the cold on her nipples and clit were especially nice to watch her squirm on.

I went to put some nipple clips on behind her piercings, then I put clothespins on her vagina lips, 3 on each side. I knew the blood would build up behind them and when I pulled them off later would hurt so good. I also knew she was good and wet already.

A rabbit fur rubbed all up and down her body, taking my time and gently caressing her.

Some corn starch was sprinkled over her torso and spread around gently with my hands.  Soft and smoothness.

A 3 wheeled wartenberg wheel made it's appearance.

I ran her little pink piece of cloth we still have after the 1st year of doing this down her body several times.  Super soft, but she would jump as it ran over the clothespins. I would pull off 2 clothespins and drag some more, then 2 more then drag some more.  Of course each time I pulled off the 2 Jackie would inhale deeply as the blood came rushing back into her lips.

Admittedly the candle made a bit more of a mess then I'd of liked, but otherwise it was an easy clean up and a great, inexpensive change to our daily routines.